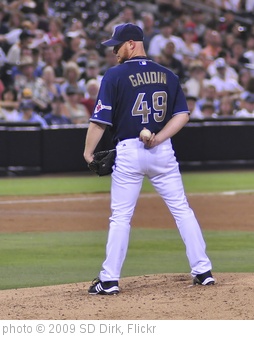 On draft day you spent big to add names like Votto, Strasburg and Kershaw to your fantasy baseball squad. However, it’s often the little guys that make the most difference between your club winning or losing. I’ll highlight a group of players today that are sneaky plays at the moment, while discussing the failures of the purported ace of the Blue Jays, and just what the heck are the Mariners doing with their bullpen?
Matt Carpenter has been great this season hitting .305 with a .379 OBP and 82 runs scored. Fantastic given his draft day cost. He’s starting to limp a bit though. Carpenter slumped a bit in July dropping down to a .277 average with a .349 OBP, and in five games in August he’s struck out seven times with a .190 average and .250 OBP.
R.A. Dickey continues to confound with the Blue Jays. In his last two starts he’s allowed two runs. However, in the two starts before that he permitted nine runs. The start before that two runs. The start before that six runs etc. He’s been all over the map. On the season he’s 9-11 with a 4.55 ERA and 1.30 WHIP. I’m still astounded by the continuing belief among some that he’s going to return to last year’s levels at some point.
Chad Gaudin update. Another start, another excellent result. Gaudin has worked 13.1 innings in his last two starts allowing a mere two runs to lower his season long ERA to 2.56 (he’s also sporting a 1.15 WHIP for the Giants). Moreover, Mr. Slider has allowed one homers over his last seven starts and in six of those seven starts he’s allowed one or zero runs. Read that sentence again to let the impact settle on you. He’s the Giants best pitcher right now, and since June 19th there have only been a handful of arms in the NL who have been better.
Another “G,” this one belonging to Jeremy Guthrie, deserves mention. The Royals starter tossed a complete game shutout against the Twins Monday. After hitting a rough patch that included allowing at least five earned runs in four of six outings, Guthrie has allowed a total of three runs over his last three starts. He’s also picked up a “W” in his last four outings. With those wins his record has improved to 12-7 and his ERA has dipped to 3.96. Pitching well he is, but he’s also a league average arm with a moderate WHIP (1.35) and terrible strikeout numbers (81 in 147.2 innings).
I’ve got to go to the dentist later this week. Turns out my old filling, one I’ve had for like 20 years, is cracked. Who likes the dentist? I know we do what we need to do in order to stay healthy, and I’d like to have my teeth my whole life, but jamming instruments into your mouth to scrape your teeth… who realized that was a good idea?
Eric Hosmer is within should distance of .300, 10/10. He’s currently sporting a .293 average with 12 homers and nine steals. Over his last 57 games Hosmer has 11 homers and is batting .316. Did you have patience with him after a slow start or did you panic and let him go?
Sometimes just being comfortable means a lot. In six games at second base Brett Lawrie had a .385 OPS. In 53 games at third base that number is .756. Oh yeah, he’s also hitting .302 with a .954 OPS over 18 games since the All-Star break.
Jose Quintana has been a difference making addition in AL-only leagues. He may only be 6-3, but he’s got some nice ratios (3.51 ERA and 1.24 WHIP), and he’s also racked up 110 Ks in 138.1 innings. A solid arm.
I want to sleep today. Ever had a day like that? I’d like to cuddle up in bed with my teddy bear and watch movies all day. Maybe toss in a carnitas burrito and a Mai Tai to make it a successful day.
Alexei Ramirez is batting .283 to go along with a career best 23 steals (to place those numbers in perspective note that Ian Desmond is batting .273 while Jimmy Rollins and Jose Reyes have combined for 25 steals). Somehow though Ramirez has only 29 RBIs on the year. Hell Mike Aviles has 29 RBIs in 196 fewer at-bats. Even worse, Ramirez has one homer. One. He’s never been a big power hitter but in four of his five seasons he’s gone deep at least 15 times. He has only 10 homers in his last 268 games as his power stroke has completely deserted him.
Jonathan Villar has been given free reign to play shortstop for the Astros, and he’s also been given the green light on the base paths. After swiping three bags Monday he’s accumulated nine thefts in 14 games. He’s only batting .216 with a pathetic .597 OPS, but it sure looks like the Astros plan on rolling him out there the rest of the way and with that he’s got the potential to be a major stolen base threat.
Tom Wilhelmsen has 24 saves this season. He’s also converted his last eight save chances. His reward? He was sent to the minors. Seriously. I know he allowed four runs in his last outing, but does this move strike anyone else as rash? Wow. In his place working the 9th inning will be Danny Farquhar who I wrote about in Rookie Madness.
By Ray Flowers
Tags: Alexei Ramirez, Brett Lawrie, Chad Gaudin, Danny Farquhar, Eric Hosmer, Jeremy Guthrie, Jonathan Villar, Jose Quintana, Matt Carpenter, R.A.Dickey, Tom Wilhelmsen