Due to coronavirus. I imagine this years sports season is shutdown...


NBA suspends season
"The decision came after a Utah Jazz player tested positive for COVID-19 shortly before the team was to play the Oklahoma City Thunder on Wednesday. That game was canceled close to the scheduled tipoff. Fans already in attendance were told by an official on the public address system to leave “due to unforeseen circumstances."

NHL suspends season
The National Hockey League announced it was immediately suspending its 2019-2020 regular season.
“Our goal is to resume play as soon as it is appropriate and prudent, so that we will be able to complete the season and award the Stanley Cup,” NHL commissioner Gary Bettman said in a statement. Bettman said there is a concern “that some members of the NHL community would test positive at some point.”

The Canadian Hockey League also said it was suspending play in all three of its regional leagues.

“This action is being taken in the interests of the safety and well-being of our players, clubs and our millions of loyal fans,” the statement said.


NCAA March Madness canceled
The NCAA said it is canceling its March Madness basketball tournament — and “all remaining winter and spring” championships — after a flurry of conferences canceled their own tournaments earlier in the day.

“This decision is based on the evolving COVID-19 public health threat, our ability to ensure the events do not contribute to spread of the pandemic, and the impracticality of hosting such events at any time during this academic year given ongoing decisions by other entities,” the college athletics organization said in a statement.

Matches originally scheduled to take place between March 23 and March 31 are postponed, the organization said, adding that new dates will be discussed. A number of Latin America’s top football stars play for European teams in countries that have seen significant cases of the virus and would have faced quarantines on their return to their home countries.

“FIFA will continue to assess the situation in relation to COVID-19 and will decide whether further changes to the schedule of South American FIFA World Cup 2022 qualifiers are required,” FIFA said, “always with the aim of protecting the health and safety of all individuals involved.”

“Considering the latest information and expert analysis, we have decided at this time to postpone the Masters Tournament, the Augusta National Women’s Amateur and the Drive, Chip and Putt National Finals,” Ridley said in a statement.

On top of that, the Players Championship golf tournament in Florida was canceled after the first round, the PGA Tour said. The next three events have also been scrapped.

“It is with regret that we are announcing the cancellation of The Players Championship and all events through the Valero Texas Open,” the PGA Tour

European soccer suspended
All soccer matches in Spain’s top division, La Liga, have been suspended for at least two weeks to curb the spread of COVID-19, the league’s organizing body said.

The league’s statement said the decision came after Real Madrid put its team in quarantine, and that it had notified the clubs, the Royal Spanish Football Federation and the national sports ministry of the postponements.

UEFA, the European governing body for soccer, announced the cancellation of two international matches following the quarantine. The organization said it will meet next week to determine the fate of future domestic and international competition.

All soccer matches in England, including the top-flight English Premier League, will be suspended until April 4 due to the coronavirus outbreak, the league’s governing body said Friday.

“Following a meeting of shareholders today, it was unanimously decided to suspend the Premier League with the intention of returning on April 4,” the organization said in a statement.

nothing was said but I guess this years LMR shootout is also cancelled...dammit... 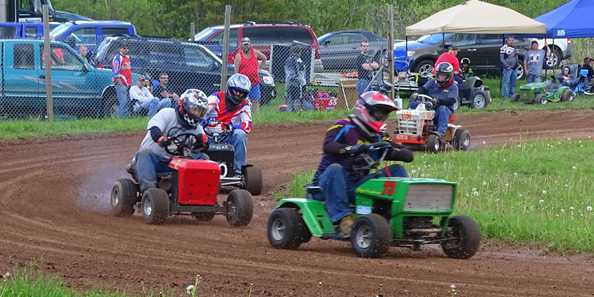