Call of Duty: Warzone has implemented a new requirement for free-to-play players that should cut down on the number of cheaters.

Following the example of CS:GO and other free-to-play games, Call of Duty: Warzone now requires two-step SMS verification for its free-to-play players on PC.

This basically means anyone who doesn’t own the full game must tie an active mobile number to their profile, which they’ll be receiving a SMS message on, similar to how two-factor authentication works over email.
CoD
Continue…

SHGames
has Officially kicked off their new hiring campaign to hire over 100+ developers over the course of the next year - To work on future projects! Get hired? You’ll be able to work remotely for now. See their New Job Openings here: http://careers.sledgehammergames.com 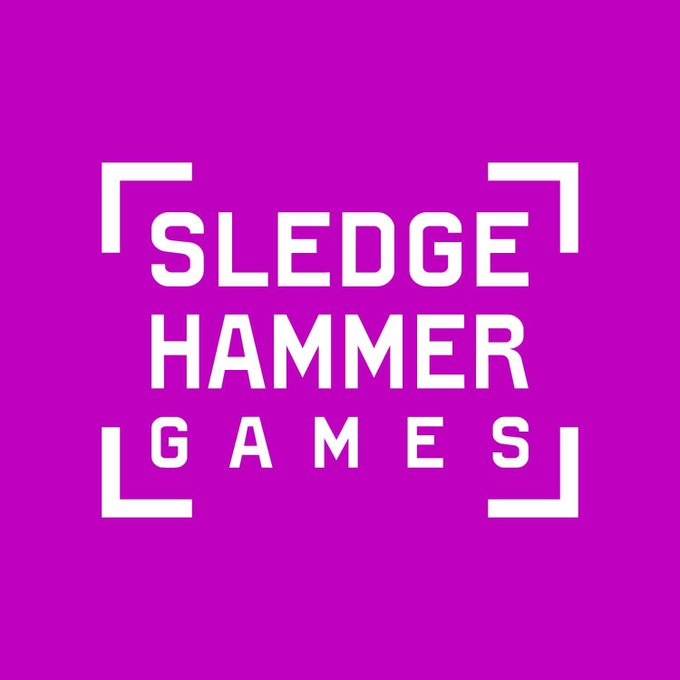 Looks like a player has managed to randomly unlocked a new weapon.

Interesting fact, Mace is the first character in the game from General Shepherd's shadow company

Sledgehammer Games is one of Activision‘s major game development studios, producing games such as Call of Duty: Advanced Warfare and Call of Duty: WWII. But the studio suffered some big blows when its founders left in 2018, and rumors surfaced last year that it was having trouble working with Raven Software to create the next Call of Duty title for 2020.

We don’t know what’s coming this fall, particularly as the pandemic plays havoc with the schedule for new games and new game platforms. But Activision Blizzard announced last week that the next premium Call of Duty title is on track for the fall. And while working from home isn’t easy, Activision Blizzard said that it hasn’t put the game behind schedule.

Meanwhile, Sledgehammer Games has about 200 people working in its studio in both Foster City, California, and Melbourne, Australia. It plans to add 100 more developers over the next year.

Sledgehammer cofounders Michael Condrey and Glen Schofield left the studio in 2018, during a time when PlayerUnknown’s Battlegrounds was shaking up the first-person shooter market with its battle royale mode. After the founders were gone, they went off to start their own studios. Condrey started 31st Union in San Mateo, California, while Schofield started Striking Distance Studios in San Ramon, California. All three companies vied for candidates, and dozens of people left Sledgehammer.

But Sledgehammer Games stabilized with new management, and Andy Wilson, a former executive at 2K’s Hangar 13 studio, joined Sledgehammer Games as chief operating officer. The Call of Duty We spoke with Wilson in an email interview about how the studio is bouncing back and hiring more people.

In an interview with GamesBeat last week, Kotick said, “I think we’re changing the trajectory in the interest in Call of Duty. I think it started last year with [Call of Duty: Modern Warfare] launch and mobile. And I think Call of Duty: Warzone did a good job of bringing back lapsed Call of Duty players, but also introducing new players.”

In other words, the official party line is that Call of Duty fans shouldn’t be nervous. Here’s an edited transcript of the email interview with Wilson. 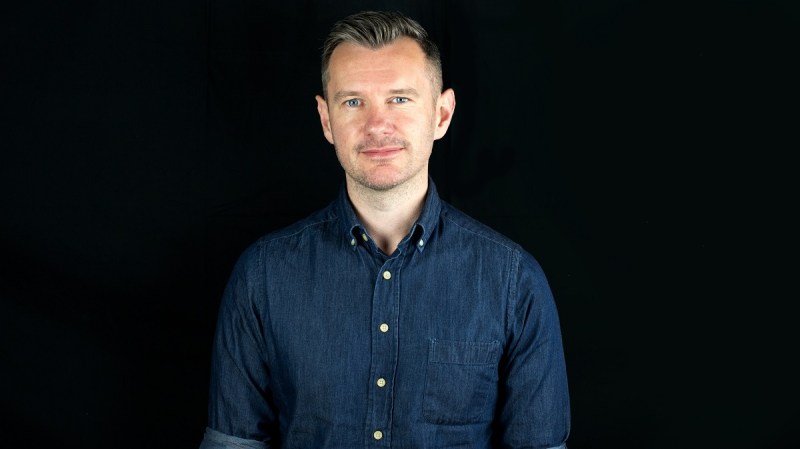 Above: Sledgehammer Games COO Andy Wilson joined in 2019.
Image Credit: Activision
GamesBeat: Sledgehammer had a number of departures when the founders left and started their own studios. How has the studio dealt with this or adapted? Did you have to take any unusual measures to get more people to stay, stabilize the studio, and then grow its numbers again?

Andy Wilson: Our industry tends to see a lot of movement in general. The gaps between projects usually coincides with a larger number of people deciding to make a change. That said, the story of the last year for us has been one of solid growth. We’re not looking in the past. We are excited about where we’re headed and our focus is on looking forward. In my case, since joining SHG my focus has been squarely on the future and so one of the first things we did was celebrate the studio’s 10 th anniversary to launch an initiative called ‘Decade II’. The point was to treat that moment as the first day of the second age of Sledgehammer Games and not just a celebration of what came before, because for all the studio’s success we could see there was so much we could do going-forward: culturally for certain, but also in terms of structure, the move to more than one project, the continued growth of the team in Melbourne and so on. The great thing about Decade II, Day One was that was actually the end-point of months of solid work to establish a clear plan for the future. The result is a team and studio with a clear roadmap and an enormous opportunity ahead of it, with a lot of great new team members signing up for the journey. Even since California and Australia enforced full remote-working, we’ve had well over 2,000 applications for our open roles. The icing on the cake is that we’ve also seen numerous people return to the studio of their own volition and their feedback on the positivity taking place here has helped to validate a lot of the thinking.

GamesBeat: Are you folks hiring? What kinds of jobs? What locations?

Wilson: Sledgehammer Games is entering a period of growth across both of our main studio locations: Foster City, California and Melbourne, Australia. We’re now a multi-project studio and we’re looking for a substantial number of new team members to join us. We’re looking across every discipline and various levels of seniority. It’s a pretty exciting time for our studio.
CoD
Continue… 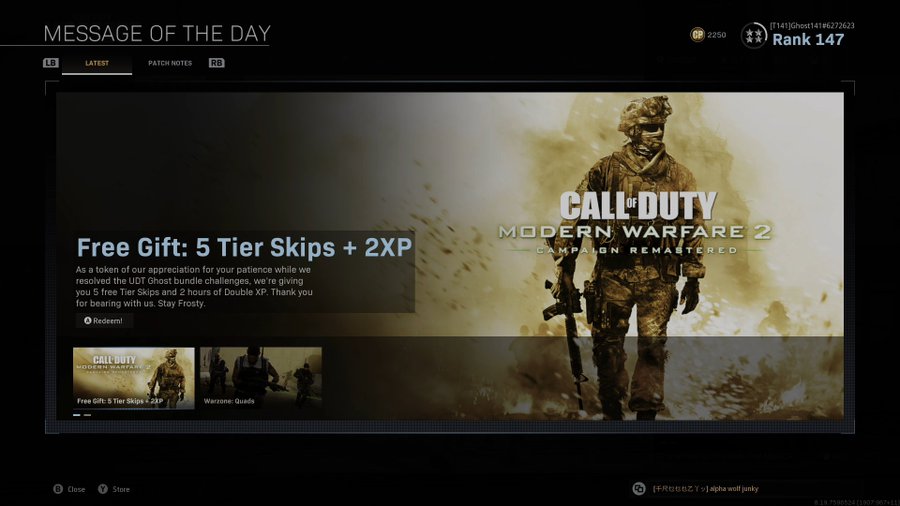 Greetings Call of Duty: Mobile Community, we are back with our first community update of May and coming off the launch of Once Upon a Time in Rust. We started off this season with a western themed bang and the response from our players has been outstanding. You’ve made this seasonal launch one of the biggest, most exciting, and most played so far for Call of Duty: Mobile and we don’t aim to let up. 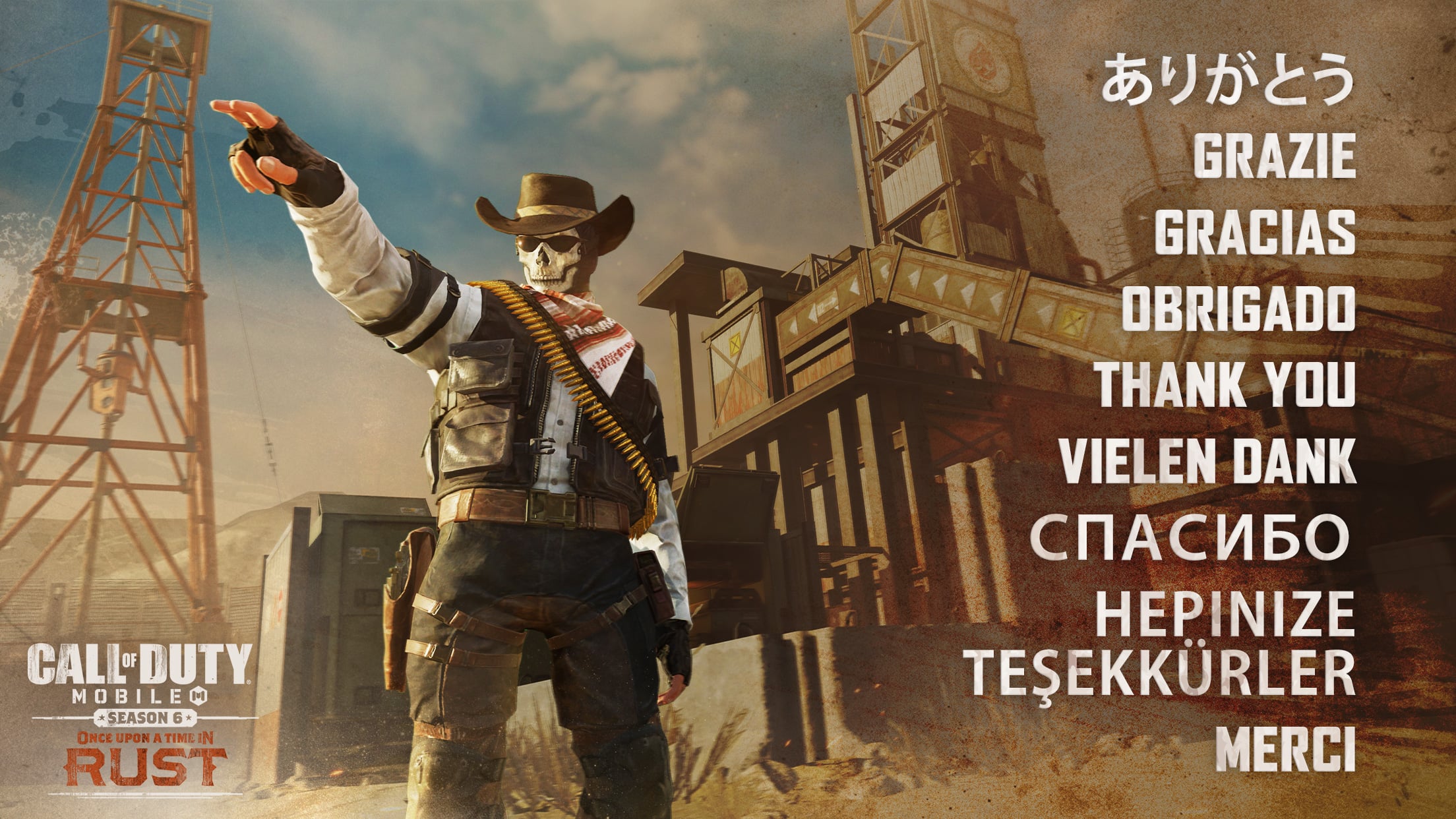 We have started the season by firing on all cylinders with the release of Capture The Gold, Kill Confirmed, seasonal challenges, Rust, and a brand-new Battle Pass. While all of that content is stellar, we have plenty more to come throughout the month.

For instance, we have new a Battle Royale class coming, a new tactical grenade, more modes, another map, some additional seasonal challenges, and more. The first of that “more” is the brand-new release a western themed event – Gold Rush, and it is live right now!

We’ll have all of the details below on that mode alongside the newest details for current events or anything launching in the next week. As per usual, let us know if you have any questions, comments, or feedback about anything mentioned in the update. Let’s get to it!

Here is the full look at most events currently running or coming soon in COD Mobile**:**

At the end of April we had a flurry of community posts covering a variety of different topics and some of those topics we still see players regularly asking about through social media and the community. If you are seeking any information from that lovely and crazy launch week, then please refer to the previous community updates for information on any of the following:

Season Roadmap
Something that we’ve been trying to adequately answer at the beginning of each new season has been what is the main content releasing throughout the month and when is it available? Our fabulous creative team has been hard at work trying to solve that with us and we’ve fabricated a roadmap out of thin air .

While you may notice that some of the upcoming content, as well as already-released content, may not be reflected on the roadmap image below, we believe that this image gives you a great overview of season in one quick-go. 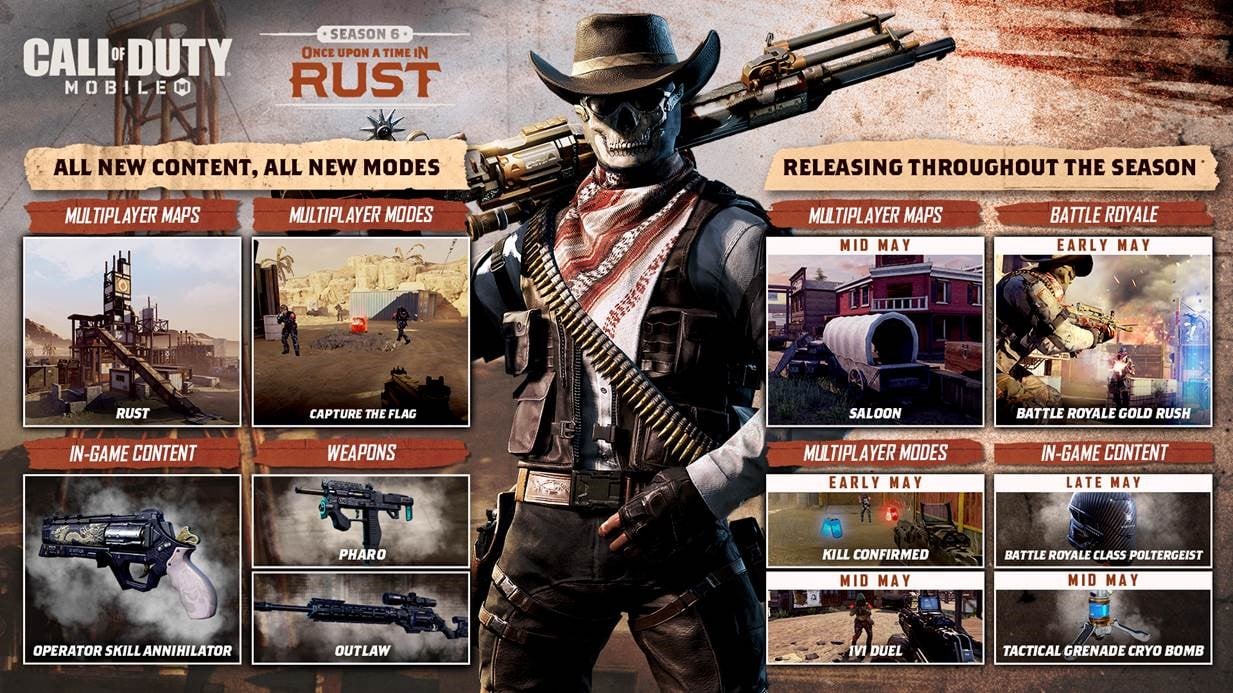 After you are done meticulously absorbing those details, let us know what you think of the roadmap! We plan to make a new roadmap image for the next release and this time around we hope to share it much closer to the original launch.

Gold Rush Event
This is our first in-game event tied to a seasonal theme and it is all about collecting gold! You’ll jump in Battle Royale or Kill Confirmed, collect gold, and then turn in that gold for unique rewards in our Events section of the main menu.

The specifics are explained clearly in the original trailer posted above, but for the quick and easy of it just play Kill Confirmed like you normally would, except now you have insatiable lust for gold bars, and in Battle Royale try to find specially marked barrels that may provide you with a treasure map.

The rewards for Gold Rush are varied and valuable. Here are a few of the standouts: 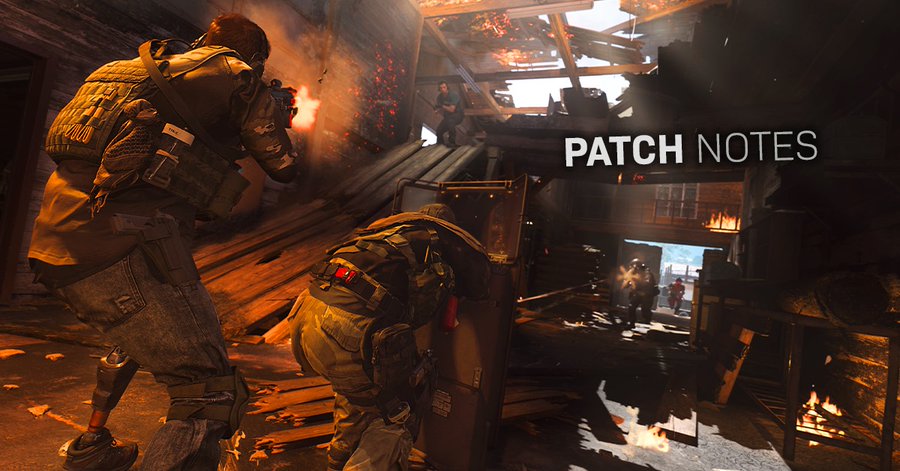 Tuning all smoke challenges to be a bit more forgiving. This includes the challenge to unlock the Bruen MK9

GameBattles: Fix for a few issues where players might not be able to join a new match

Fixed a bug where the damage on the .357 Snake Shot was too high at longer distances
CoD
Continue…

Call of Duty: Mobile Season 6 is now live with new maps, modes, and more! #CODMoblie - Looks like the new modern warfare characters are crossing over.

News How to unlock the new Obsidian Camo in Modern Warfare

This new update brought a brand new master camo – Obsidian – to Modern Warfare, and it’s a challenge to unlock.

Players need to have Gold camo unlocked for the specific weapon they want to get Obsidian camo for. Once you have Gold, here’s a look at the unlock requirements to get Obsidian:

News Players can now drop a weapon in Call of Duty: Warzone

Dragon’s Breath rounds added as an attachment option for the VLK Rogue. #ModernWarfare 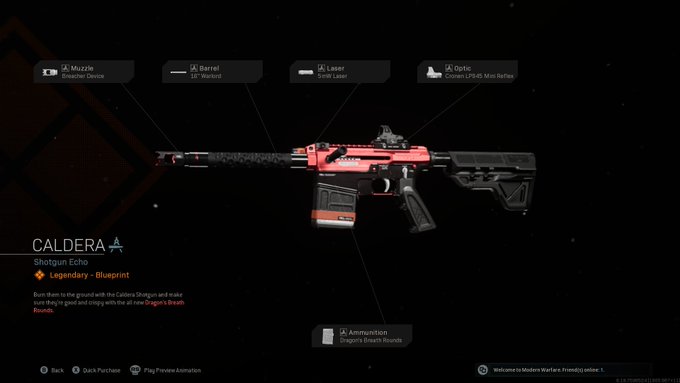 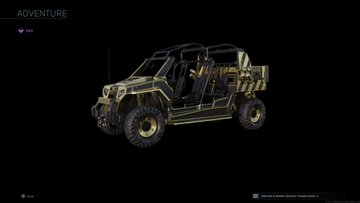 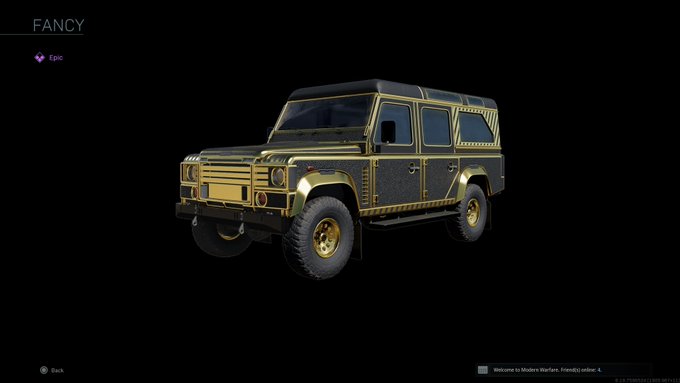